Beginning January 1, 2023, shipments of goods from Switzerland must be declared electronically to German customs with a presentation notification. This affects shipments that cannot be handled by a customs declaration before presentation or a through transport procedure, as well as certain other non-standard procedures. The logistics and transport company TRANSCO Süd, headquartered in Singen, specializes in the handling of imports from Switzerland and is the pilot user for the new customs procedure at the main customs office in Singen. DAKOSY's customs software ZODIAK GE was successfully used for the tests.

The transitional period for the special regulations on imports from Switzerland, for which a customs declaration without a Previous Administrative Reference document was up until now possible, will expire on December 31, 2022. The reason: the provision is no longer compliant with the Union Customs Code. Therefore, as of January 1, 2023, the electronic presentation notification / summary declaration will be mandatory for imports from Switzerland into Germany. Julian Gräble, Head of customs clearance at TRANSCO, had the new customs requirement in his sights well in advance: "We updated our processes to the new procedure at the earliest point possible. In order to safeguard our Swiss operations, it was essential for us to integrate the mandatory pre-declaration at an early stage. This was also one of the factors that prompted us to choose DAKOSY's customs software in May 2022."

Ongoing process optimization
In the customs software ZODIAK GE, the function of presentation notification / summary declaration is already defined as standard, as it has been required at seaports and airports for some time. "The early introduction of the software enabled us to test the application as a pilot user for the IHK Hochrhein-Bodensee at the main customs office in Singen," highlights Gräble. Accordingly, he is relaxed about the changeover. But the time up until the launch is also to be used efficiently in the pilot environment, Gräble reveals: "Working together with Customs, we will continue testing until the end of the year in order to be able to carry out process optimizations, which will then also take effect starting January 1, 2023."

Reliability crucial to core business
The new procedure must run smoothly from the very first minute of operation. After all, at TRANSCO's border offices in Basel, Thayngen, Singen and Constance, customs clearance for goods transports between Germany and Switzerland is part of their core business. Every day, more than 30 customs declarants work here to prepare the necessary export, import and transit documents for cross-border transactions. "With the large volumes involved, we need reliable, high-performance customs software that is also aligned with our digitalization strategy," explains Gräble and continues: "ZODIAK GE is very stable, clearly structured and designed with future growth in mind."

Automated customs handling in 2023
For the coming year, TRANSCO plans to make customs handling as automated as possible. The company plans to launch new forwarding software, into which ZODIAK GE will be integrated. Using the BOX interface from DAKOSY, the data required for customs clearance will be transferred from the forwarding system to ZODIAK GE, where the customs declarations will then be completed and transmitted to the customs authorities. The feedback from customs can also be transferred via ZODIAK GE to the TRANSCO system through an automated process. "So far we have had only good experiences with DAKOSY, so we're pleased to be taking this next digitalization step together," Gräble concludes enthusiastically.

About TRANSCO
Transco is a company rich in tradition, with branches in Germany, Switzerland, Italy, Great Britain, Poland, the Czech Republic, Ukraine and Slovakia. A key component of its transport services is the reliable and professional handling of customs formalities. Transco is an Authorized Economic Operator (AEO-F status) as well as an Authorized Consignor and Consignee. As a customs declarant, Transco is represented at all major border crossings and offers dependable, competent and individualized service based on many years of experience and extensive knowledge. 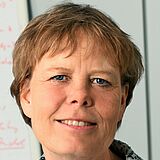