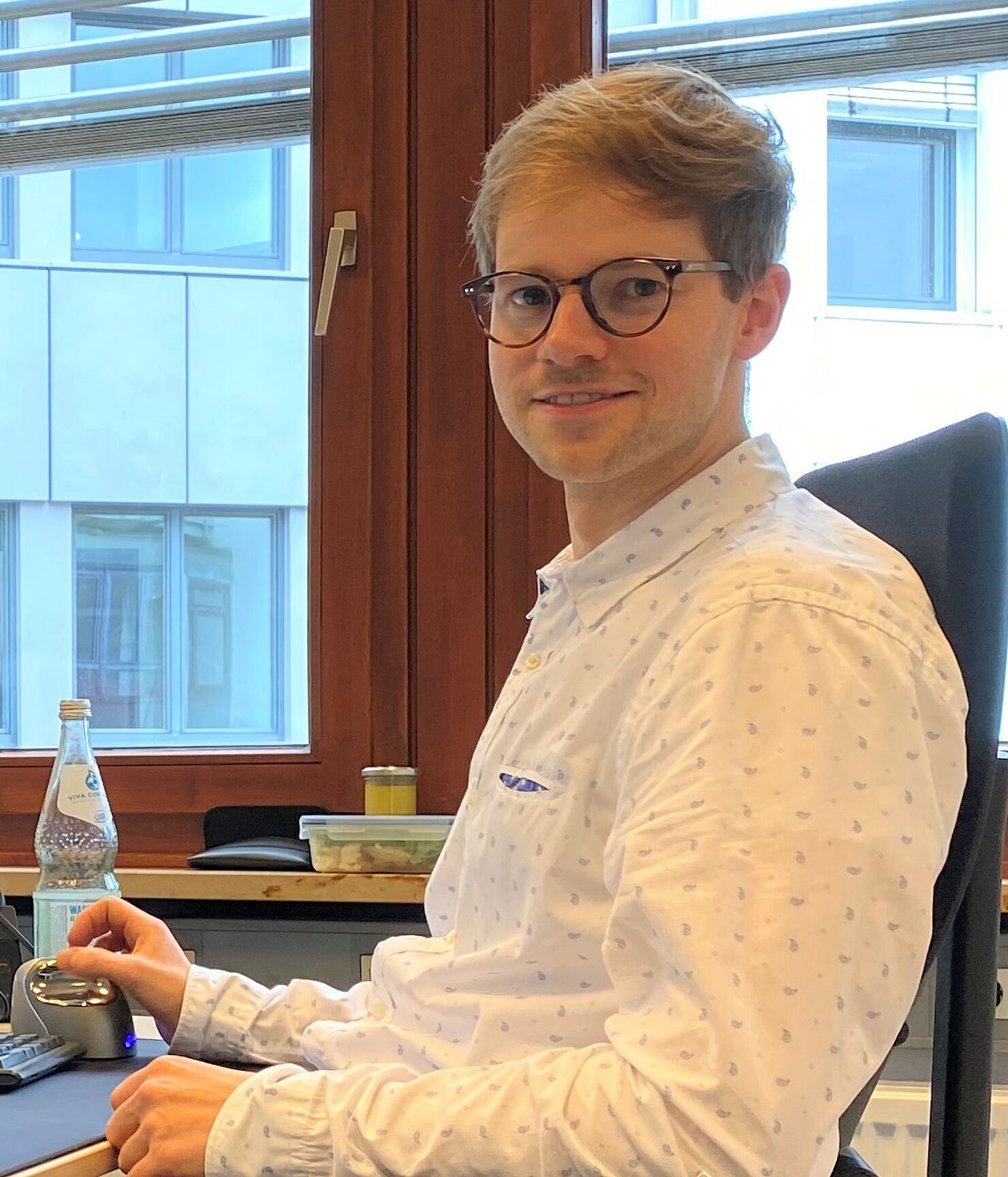 "My favorite way to start my workday: with a small breakfast including freshly ground coffee and informative reading."

„At DAKOSY, we treat each other fairly and there are good career opportunities.“

Sean Milbach (30) got to know DAKOSY during his studies in "Applied Media Informatics" at the HAW Hamburg as part of a one-month internship. There was an immediate spark between him and his colleagues from the "freight forwarding department". He particularly liked the collegial and friendly atmosphere. And so Sean continued to work as a student trainee until he was hired as a full-time Java application developer in May 2016 after completing his bachelor's degree. In addition to his tasks as a Java developer, where he primarily takes care of individual customer adjustments, statistics and tickets, he currently supervises and coordinates two apprentices, one re-trainee and a dual work-student.

He really likes the fact that the Corona-related home office requirement was waived at the beginning of October, as collaboration with young colleagues works much better on-site than via virtual web conferences. Nevertheless, he very much appreciates the flextime working hours at DAKOSY, which allow him to split his working week between the office and home environments.

In his free time he likes to read and does a lot of sports. In the summer he went climbing with friends near Lake Garda and in November he and his girlfriend plan to go surfing on the Canary Islands.